Genesis 31:19: “When Laban [was away], Rachel stole her father’s household gods.”

Once Laban realizes that Jacob has taken his family and fled, Laban goes in pursuit. It takes a week but eventually Laban catches up to Jacob. Laban says to Jacob, “Now you have gone off because you longed to return to your [homeland]. But why did you steal my gods?”

Jacob didn’t know that Laban’s idols were stolen, let alone that someone in his party stole them. Jacob replies by pronouncing a curse over the thief, saying, “If you find anyone who has your gods, that person shall not live.” The underlying message: whoever stole your gods will die.

Laban goes searching for his stolen idols. He goes into Jacob’s tent, then Leah’s tent, then into the tent of maidservants Bilhah and Zilpah. Finally, he enters Rachel’s tent. Rachel is the last suspect on the list maybe because she is least expected to commit such a crime.

It’s a tense moment inside Rachel’s tent. “Rachel had taken the household gods and put them inside her camel’s saddle and was sitting on them. Laban searched through everything in the tent but found nothing. Rachel said to Laban her father, ‘Don’t be angry, my lord, that I cannot stand up in your presence; I’m having my period.’ So he searched but could not find the household gods” (31:34-35). Finding nothing, Laban gives up and lets the matter go. He never gets his idols back.

It’s Genesis 34. Jacob sets up camp just outside a town called Shechem. In Shechem, Jacob’s daughter is seized by the royal guards and raped by the town’s most honored prince. But her brothers ride in in a surprise attack and kill the prince, the king, and every other male Shechemite in the city. They rescue their sister from her captor’s house (34:26) and carry off all the women and children of Shechem.

Jacob now finds that all the women and children of Shechem have come under his authority. And they have brought with them their own small idols and household gods. “So Jacob said to his household and to all who were with him, ‘Get rid of the foreign gods you have with you, and purify yourselves and change your clothes’” (35:1). “So they gave Jacob all the foreign gods they had and the rings in their ears, and Jacob buried them under the oak at Shechem” (35:4).

Imagine the scene: the women and children of Shechem are stepping  forward; one after another, each person offers up his or her idol to be buried in a pit by the old oak at Shechem. Jacob is standing there beside the pit, supervising this whole thing. And now imagine Jacob’s surprise––his horror––when suddenly his beloved wife Rachel steps out and delivers Laban’s gods to the pit.

Jacob recalls the curse he spoke toward the person responsible for the disappearance of Laban’s gods. Unknowingly, he had cursed his own beloved wife!

The story chronicles what happens next. Jacob and his camp leave Shechem and begin their journey southward. They move through Bethel and then on toward Ephrath. “While they were still some distance from Ephrath, Rachel began to give birth and had great difficulty . . . As she breathed her last—for she was dying—she named her son Ben-Oni. But Jacob named him Benjamin. So Rachel died and was buried on the way...” (35:16-19, condensed).

Does Jacob’s curse have anything to do with the timing of Rachel’s death? We can’t be sure. But it is an intriguing coincidence.

One last thought: maybe Rachel didn’t step out. Maybe she kept the idols hidden in her tent while the Shechemite women came forward to surrender their gods. If this was indeed the case, she missed her opportunity because her secret was bound to come to light. For Jacob would have discovered the idols upon her death. The idols would have been found among her items, and again, a horrified Jacob would have called to memory the curse he pronounced to Laban on that fateful day.

Cain: From Messiah to Mob Boss

“The concept of substitution may be said, then, to lie at the heart of both sin and salvation. For the essence of sin is man substituting...

Blog by T.Z. Hunter, a husband, father, and writer from Northwest Arkansas 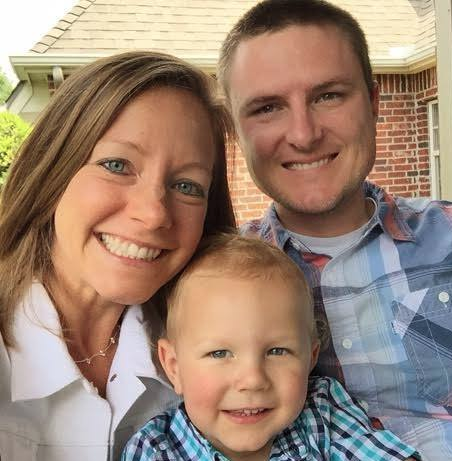 Me, my wife Ally, and my son Cohen

Comments? Questions? Please email me at torahmatters@gmail.com. I would love to hear from you!